There are no upcoming events at this time. Please check back again soon.

Was It Rational? (January 24)
Mithridates massacred between 80,000-150,000 Romans in his realm in 88BC. In this discussion-based workshop, we won't be discussing the ethics of his decision, but rather will be looking at the decision itself from Mithridates' point of view.

Latin Etymology Gameshow I and II (February 21 & March 21)
In these workshops, we will be covering the Latin verbs that have supplied the most English derivatives, verbs such as facio, video, and ago. The workshops will be structured in a gameshow format and participants will play games while they learn about words. The two workshops are independent and cover different etymologies. Participants need not attend the first to attend the second.

The History of English (May 16)
This workshop will be a rapid gallop through time. We will cover the major events in British History that impacted and influenced the English language. We will examine texts in Old English, Middle English, and Early Modern English and will discuss some differences in Late Modern English (current English) dialects. 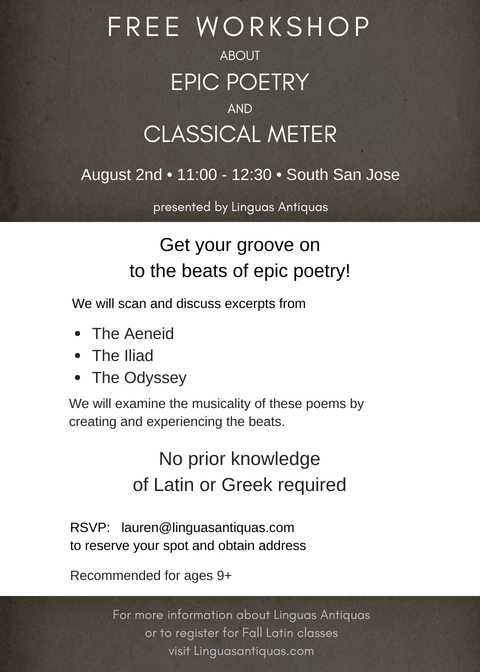